Your token can allow third party services to control your Syrinscape devices:

Is there some documentation about how to do this with SuperSyrin sub?

How to do this depends a lot on what 3rd party software/hardware you are wanting to use. The common denominator is the API code. Check this pro tip thread for a bit more info. Pro tip

Sooooo… (in the online player)

So you might write a 3rd party program that uses those links to trigger sound in Syrinscape AND in order to connect the program to the correct game, have a setting in that program where you copy in the correct token.

Does that answer the question you were asking?

As far as normal looking documentation, that’s something we are working on still.

If you’re using Fantasy Grounds, there’s a very good (or so I’m told) Extension that allows you to control Syrinscape (Desktop) from within Fantasy Grounds manually or even automatically via triggers, etc.

The Extension is called DOE:Sound

If you’re using Fantasy Grounds, there’s a very good (or so I’m told) Extension that allows you to control Syrinscape (Desktop) from within Fantasy Grounds manually or even automatically via triggers, etc.

The Extension is called DOE:Sound

Yes, it’s good. But have flaws.

I want to be able to dynamically load links by creating a module in seconds for the session.

What do you mean:

If you mean you need to re-create SoundLinks when Syrinscape changes/updates the 3PI URLs, well, that’s out of my hands - talk to Syrinscape about them changing things. You’d have to do that with any 3PI-system - cause its the 3PI Links that are changed (again, by Syrinscape).

What do you mean about not being placed for quick searches - the DOE:Sound doesn’t have a search function, it relies on the FG search system which is pretty good in terms of alphabetic- wildcard searches.

And why not spend a few minutes on prep to give your players (and yourself) a better experience?

I am genuinely intrigued as to your comments.

I know. It’s not your fault. But, everytime something changes on Syrinscape it’ll require a new update of the extension.

If you could, dynamically build the extension reading syrinscape DB, it’ll not be a problem.

Your search system is kind of ugly. I type and I have to scroll down until I find what I want. 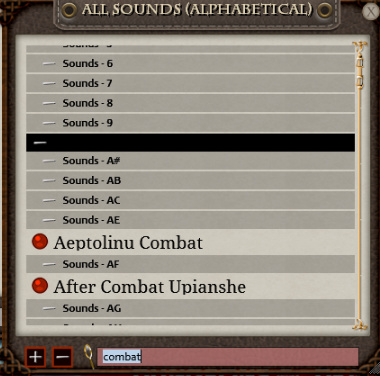 I built my own manually using CSV.

I can search in the chatsound. So I get the search result in a clear way. 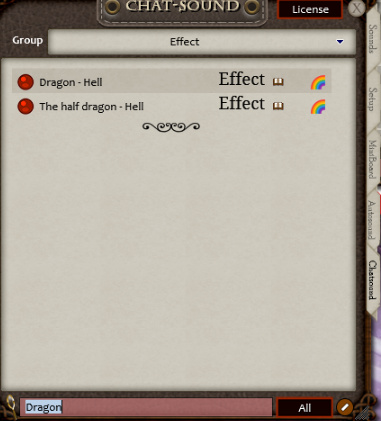 But, everytime something changes on Syrinscape it’ll require a new update of the extension.

BUT the DOE:Sound Extension itself is only updated when changes to the FG-engine force it to occur, when new features are released, or for the occasional Bug Fix.

“Ugly” is in the eye of the beholder - don’t like the current skin, use another one [shrug] - and, as I said, its not my search, its FG’s, so take it up with them (I believe, without any evidence, that the new FG Unity version may have a better search - I hope so, at least).

Its great that you built your own manual system - well done. You’ll see that its over 7000 different Sounds in over 500 Soundsets across both the Fantasy and Sci-Fi Players - now you can manually convert all those entries into SoundLinks (or, at least the ones you want).

BUT I thought you said you wanted to:

Anyway, I wasn’t talking about the DOM:SoundLink Module, I was pointing out to you (and anyone else who perhaps wasn’t aware) that there is a solution to your initial stated issue (abit not the way you were expecting) if people were using the Fantasy Grounds VTT and the Syrinscape Desktop App - that solution being the DOE:Sound Extension. If it (and any Modules that may work with it) aren’t to your liking then the only other option is to create something yourself (or get someone else to create it for you).

Sooooo… (in the online player)

Everything other than [TOKEN] is the same for everybody.

The [TOKEN] is YOUR unique code that lets our server know we are talking about YOUR game.

So you might write a 3rd party program that uses those links to trigger sound in Syrinscape AND in order to connect the program to the correct game, have a setting in that program where you copy in the correct token.

Does that answer the question you were asking?

Nice! One step to do something cool.

But, I’m having a problem to login to Syrincape.com via my software, it requires the verification. 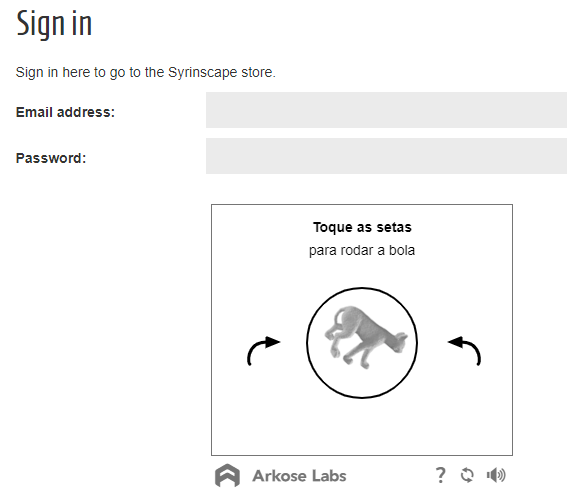 Is there a way to access the API in a altenate way? I could login in another place.

I found out! Thank you. Nice work.

Via the Online Player you can dynamically populate lists with Mood and Element names etc.

I’m on the road at the moment… but @sonofconan or I will get u some info.

m on the road at the moment… but @sonofconan or I will get u some info.

This method of accessing the data is very odd. Is there no REST API?

This method of accessing the data is very odd. Is there no REST API?

There IS indeed a REST API for getting info and controlling the Online Player, drop me a line on benjamin at syrinscape dot com and I’ll send you a package of info to get you started.

First off, sorry to dig up such an old topic but I’m very happy to learn Syrinscape has a rest API!

I was wondering if any documentation exists for it yet? It’s be great to be able to control volume, even if only when issuing a play command. Also manipulation of playlists and moods would be awesome.

I also want the info for the API. Is there a reason for this not being public information?

Is there a reason for this not being public information

No reason, apart from the fact that it had never been formalise and formatted properly, I thiiiiiiiiiink some work was done recently on neatening the doc up.

Drop me a line on benjamin at syrinscape dot com and I’ll send what we have through.

Also, I’ll be posting an example of use on these forums very shortly.

@talaxy You can get remote control links (CSV) for genre and online players directly from the Master Interface (hamburger menu). These links allow you to PLAY and STOP each individual mood or element, plus trigger the global STOP button. For the online player links, you need to add your auth token to the query string to each URL (get from the Syrinscape Online control panel), and possible replace https:// prefix with syrinscape-online:// (for Windows only).

The CSV export is mainly expected to be imported into 3rd party integrations, which would make these changes for the user.

For anything else, e.g. setting volume, you can look at the network tab in Chrome to inspect XHR requests. You’ll need to send a POST request to set the volume for example. If you are wanting to implement a browser based control interface you will currently run into CORS issues. That’s on our list of things to look at.

@fewformany Syrinscape Online is still in development. We don’t maintain and publish API documentation because there is no promise of backwards compatibility yet. We work directly with a few developers of mods and extensions for 3rd party systems (e.g. Fantasy Grounds) to provide assistance or make changes to our system where possible to facilitate the integration.